The quality and precision of our cuts, our secret recipes, relaxed service, careful sourcing and selection of the ingredients, plus a constant commitment to food safety make the Batel Grill one of Brazil’s most renowned churrascarias and a must-visit in Curitiba. 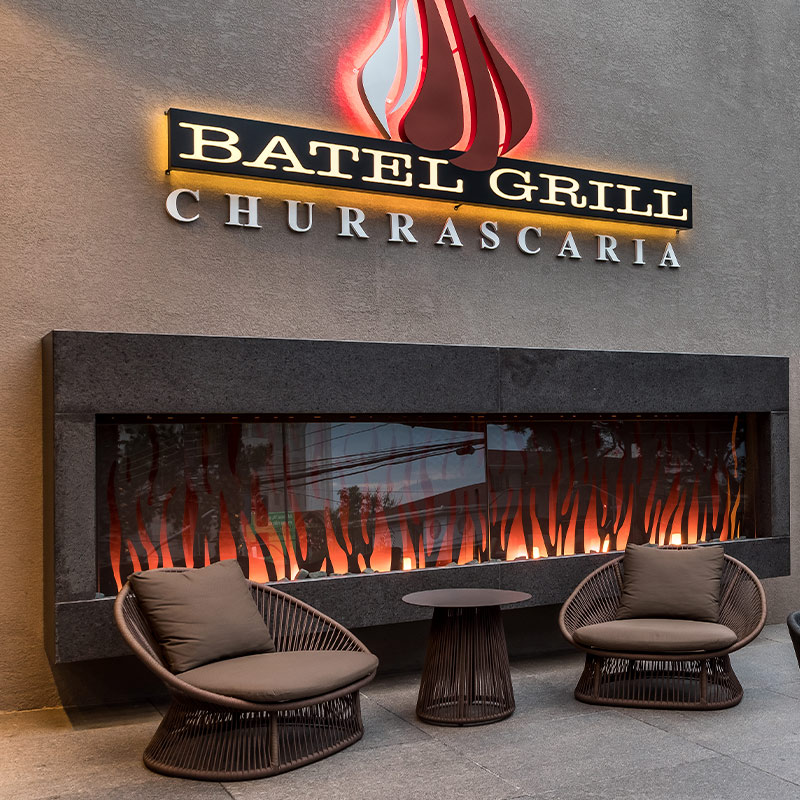 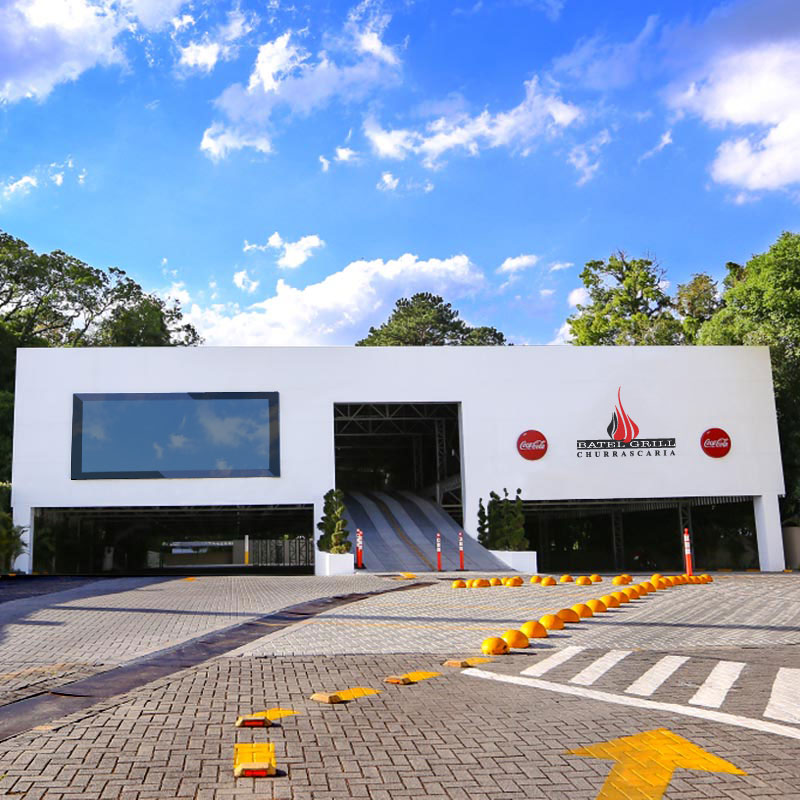 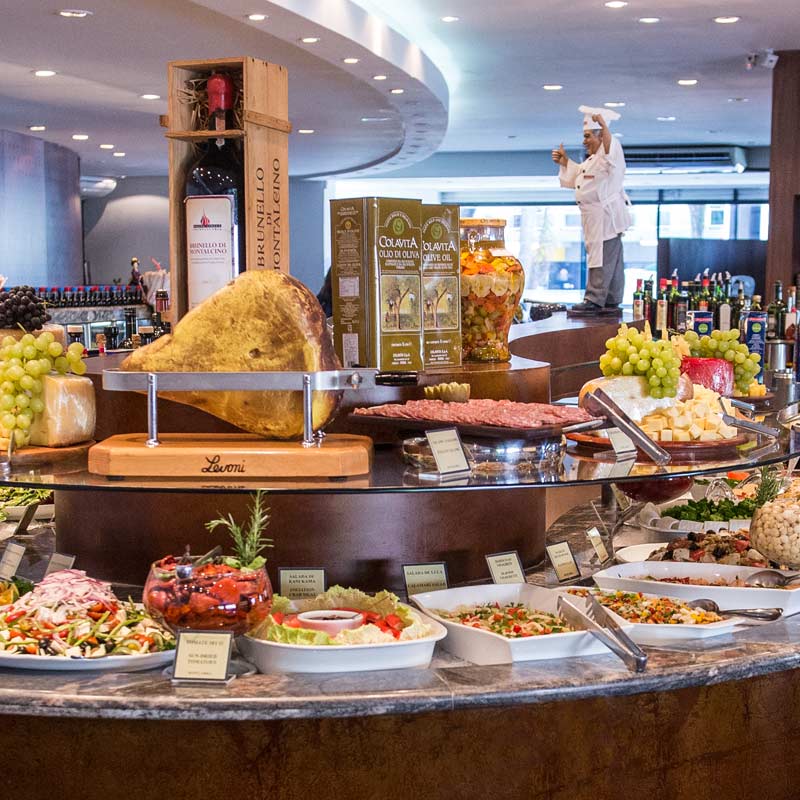 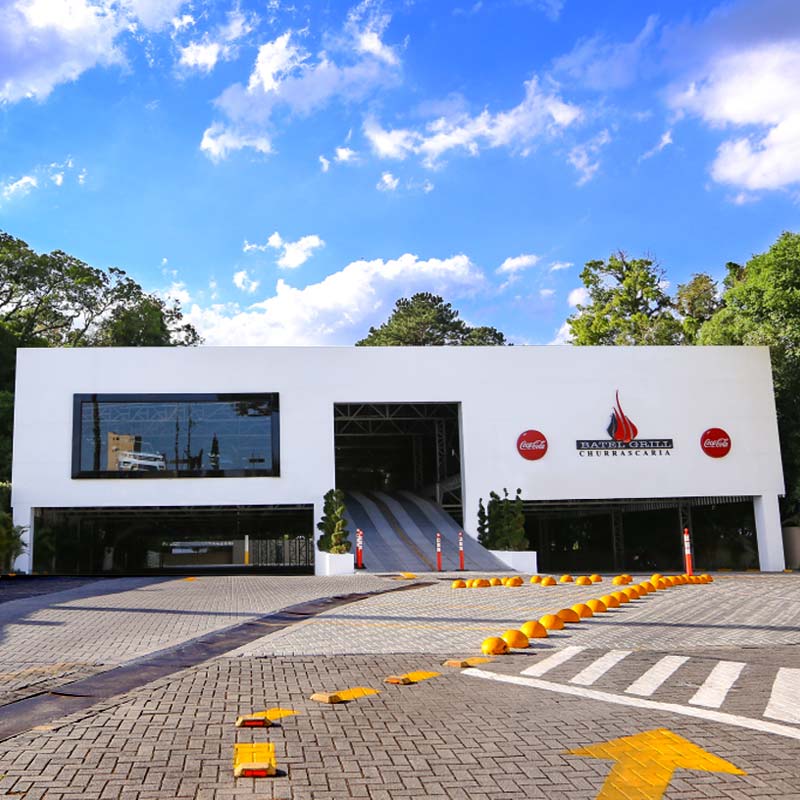 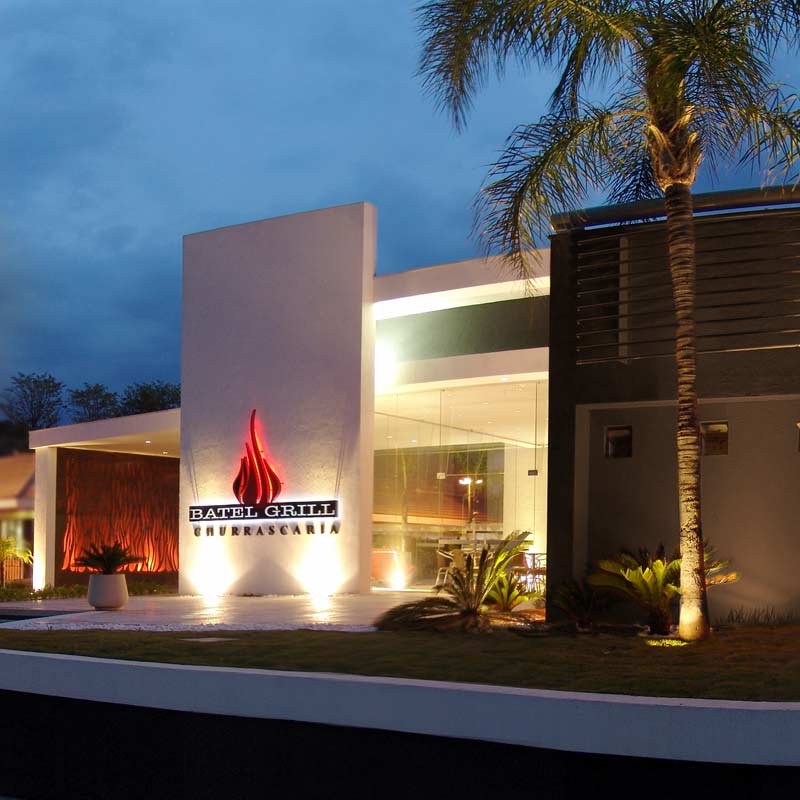 The story begins back in the 1970s in Brazil’s churrasco (barbeque) capital, New Brescia (RS), a city 162 km from Porto Alegre, when many of the local gauchos started moving northward throughout Brazil, some of whom put down roots in Curitiba.

The gaucho barbeque tradition they brought with them began in Curitiba in 1974, but in the 1990s the art of serving churrasco began to change.

The idea emerged of creating a steakhouse offering sophisticated cuisine, new standards of service, and wide-ranging dishes to suit all tastes.

The Batel Grill opened its doors in 2002, and since then has prided itself on high quality and varied food, plus attentive service. Located in the fashionable Batel district, the restaurant’s innovative architecture and layout features superbly appointed furnishings designed to give maximum comfort to our guests.

Since then the Batel Grill has been a hit with locals and visitors alike, through constant innovation and sourcing the finest foods for our guests.

With one location only, we ensure our staff members receive the finest in specialized, continuous restaurant training.

Batel Grill. We’re much more than a steakhouse. Come and see for yourself!

Our large, climate-controlled dining area is sophisticated yet relaxed. It offers guests a comfortable setting that stimulates the senses, and features the following facilities

To decrease our environmental impact and help preserve our natural resources, the Batel Grill has adopted a program to reduce its organic waste and ensure the proper disposal of recyclables.

Batel Grill is in strict compliance with the PMOC required by Law 13.589, providing our customers and employees with the guarantee of indoor air quality, avoiding the concentration of mites, fungi, mold, and bacteria, which contributes for the prevention of respiratory diseases. This plan defines a series of measurements of values, parameters, standards, and procedures necessary to assure good indoor air quality, including temperature, humidity, speed, renewal rate and degree of purity. Come in, at Batel Grill the air is pure!

Guests can dine in comfort knowing that if the power ever goes out we have our own backup electricity generator, which means the restaurant keeps right on operating.

SPACE FOR BUSINESS AND SOCIAL EVENTS

Our Event Room can accommodate 400 guests in comfort.

Easy access for disabled guests, plus wheelchair-friendly bathrooms (we do not have our own wheelchair).

THE ORIGINS OF CHURRASCO 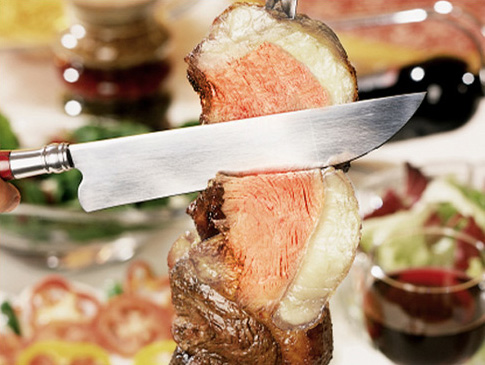 THE ORIGINS OF CHURRASCO

The history of Brazilian churrasco barbeque is a lengthy one. It begins in the 17th century in Sete Povos das Missões, a community created by the Jesuits in western Rio Grande (which then included parts of Argentina and Paraguay), where indigenous peoples─particularly the Guarani Indians─were housed, cared for and converted. Although ultimately destroyed in 1768, in its heyday the community was a superb example of an ideal society, and had a profound influence on Brazil’s colonization. Its residents had tended herds of livestock, which began roaming free and growing in numbers after the community was raised to the ground. At the time, many saw little value in grazing sheep and cattle, preferring gold instead. And in the search for gold, explorers began heading south to Rio Grande from Laguna and São Paulo. These tropeiros would make brief encampments before moving on, but not before their enjoying their basic meal, which consisted of fresh meat roasted over hot stone coals on the ground and seasoned with a little ash.

Historian Dante Laytano calls the arrival of the tropeiros the first cycle in how the state came to be settled. “The second involved the semi-nomadic herders that wintered in the region, forced to stop on their way to fatten the cattle and protect themselves from the winter,” he says. Like the tropeiros, wherever they stopped they began settlements, which later became cities. And just as the tropeiros susbsisted on meat, so did the herders, only now they added salt. They copied the Indian custom of laying raw meat over their horse’s backs. By the next rest stop, the meat had been salted by the sweat of the animal, and was ready to be cooked.”

Churrasco barbeque had become a common thread in the history of Rio Grande, and continued in that role during the third settlement cycle, called “the rancher age.” By now, huge ranches had sprung up, and the cowhands who worked on them had to travel vast distances to herd their cattle. During the weeks and months that they were out on the range, these Brazilian cowboys ate barbequed meat, which was nutritious and easy to make with all the meat at hand. It was at this point that churrasco took on the form we recognize today, with a fire pit surrounded by skewers of meat stuck in the ground.

The recipe couldn’t be simpler: take some salty meat which has a bit of fat – usually ribs – and slowly roast one side then the other. “But the barbeque is not unique to Rio Grande. It existed all over South America before the arrival of the Europeans”, Dante adds.

In fact, historical records mention coócai, a primitive roasting method, and coócatuca, or meat on a skewer, which were used by the Indians. The truth is that byn the 19th century the fire pit method had become de rigueur, judging by the testimony of Naturalist Saint-Hilaire in 1821. “Soon after stopping, my soldier made a great fire, cut the meat into long pieces about as think as a finger tip, and then skewered them with a two-foot long rod. He proceeded to cook one side, then the other. After about 15 minutes the meat was ready to be eaten, and although resembling a type of juicy beefsteak, it was rather tough.”

Only in more recent times did the gaucho barbeques start incorporating other cuts, such as sirloin or flank steak. This change came about after a series of innovations introduced to churrasco in the 20th century, one of which came courtesy of Italian immigrants who had settled in the northern and mountainous regions of the state. For the Italians, barbeque was eaten only on a holiday: the choicest cuts were prepared the day before, marinating in wine and garlic sauce. This was the origin of today’s very popular rodízio or espeto corrido, as the gauchos call it (which simply means a continuous serving of different meats), accompanied by dishes that old-timer gaudérios might not have accepted, like chicken and pork. And who knows what they would have thought of skewered fish on the grill, which is now finding its way onto churrascaria menus.

By curious coincidence, those pioneers who succeeded in bringing espeto corrido to Curitiba came from Nova Bréscia, a small town nestled in the hills, about 167 km from Porto Alegre. The city’s main square features the statue of a barbeque chef wearing a white apron, and brandishing a knife and a skewer.